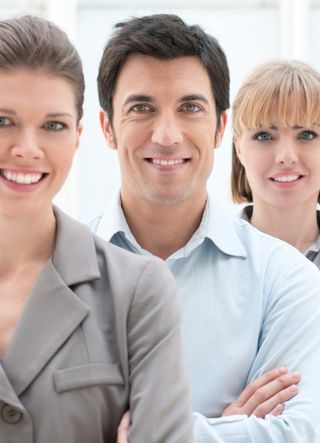 CHAPTER 159
ASIS INTERNATIONAL
ASIS Chapter 159 is one of the more than 240 chapters of ASIS International, the leading organization for security professionals worldwide with more than 38,000 members.
We have adopted as our mission to enhance information sharing between public and private sectors. It is our overall goal to promote professionalism in the security management profession and to enhance ethical behavior.
We seek active cooperation with other educational institutions, government and non-government agencies, the business community and non-security disciplines to establish joint or ASIS International sponsored programs and seminars. We also strive for convergence between physical and IT security and the promotion of the importance of security intelligence as part of security risk management.
ASIS Chapter 159 Board appreciates your input and suggestions. We look forward to meeting you at one of our events or to welcome you as a new member!
No other organization possesses the vast array of knowledge, expertise, and experience.

The ASIS International Chapter 159, Greater Fayetteville Area, gained its charter from the American Society of Industrial Security (commonly referred to as ASIS) on June 16, 1983. The Chapter transitioned to ASIS International in 2002 and national headquarters’ globalization effort.  The Chapter has operated continuously for the past 38 years and celebrates its ruby (40th) anniversary in 2023.

Chapter 159 hosted its initial meetings in Fayetteville, North Carolina and originally encompassed Fayetteville, Fort Bragg, Pope Air Force Base, and Cumberland, Hoke, Harnett, Robeson, and Moore Counties. Chapter membership is one of the most unique due to its proximity to Fort Bragg, the largest U.S. military base. The Chapter includes security professional from the military, all levels of government, civilians, students, law enforcement and private security officers as well as intelligence and special operations practitioners.  The majority of the members are dedicated to protecting the assets of a diverse group of businesses, private organizations and government agencies.

The Chapter 159 Vision, initially, was to be the trusted source of security experts providing the most accurate, timely and up-to-date security information for all elements of our community.  While Chapter goals change with the operational environment and challenges and threats, there are three areas of constant need: focus on all things security, addressing local community and area challenges, and providing security education, training, and awareness to its members.  Chapter members, who serve in leadership positions and provide exemplary services to the Chapter can be awarded the Chapter’s most prized award: the Al Kittridge Award for Excellence. Named after long time member and chapter officer, the “Kittridge” denotes excellence in security management and an unmatched commitment to Chapter 159.

Chapter 159 supported the 2019 establishment of Chapter 308, Carolina Pines, headquartered in Southern Pines, North Carolina. Chapter 159’s maintains oversight of nine North Carolina counties and serves as a sister to Chapter 308 and four additional North Carolina chapters. ASIS International members within Cumberland, Harnett, Hoke, Scotland, Robeson, Bladen, Sampson, Johnston, and Lee counties align with Chapter 159 but are not restricted from transferring to other chapters.  When applicable, Chapter 159 supports visitors from other chapters, especially those assigned to the military, U.S. and international.  Our outreach to the military community on Fort Bragg is natural and understandable.  Fort Bragg is home to the U.S. Army Forces Command, U.S. Special Operations Command, and the U.S. Joint Special Operations Command as well as the installation’s senior commander, XVIII Airborne Corps.  The 16th Military Police Brigade and the 525th Military Intelligence Brigade (Expeditionary) share similar mission focus with Chapter 159 and we continuously seek to partner with Soldiers and these units.